Warning: A non-numeric value encountered in /home/notforsa/public_html/stage2016/wp-content/themes/Divi/functions.php on line 5837

The Court Rejected Her, So Faida Fought for Herself

She had bruises. She had scars. And she had stories of abuse. But she didn’t have enough evidence of trafficking, according to the Netherlands courts.

The courts threw out her case.

Faida had escaped slavery in Amsterdam. And she needed help.

As with many of the women trafficked into the Netherlands, Faida came from Eastern Europe. She met a man that romanticized the excitement of Amsterdam. He tempted her with daydreams of city living and wealth. He even set up a job for her.

The man promised Faida would clean the house of her distant family members in Amsterdam. She would receive proper wages — much more than in her home country — housing, and food. She was excited to go.

Her arrival revealed something much different. There would be no payment. No food. She could not even leave the house.

Her captors slandered her reputation quickly, leaving her unable to return home. The threat of violence was constant. She was abused often.

Faida waited in a safe house for her court date to convict the people who enslaved her. However, during the trial she realized there is hardly a system in place to help women like her.

She was given no assistance by the government and her captors were not punished.

Fadia became homeless and helpless. She recalls moments when she did not recognize herself, as the days of home seemed a lifetime ago.

Then Fadia met a woman who did not see her as a failed court case, but as another woman in need of help. The woman connected her to Not For Sale.

We enrolled Faida in culinary school at our Dignita restaurant in Amsterdam. She had a language barrier and no work experience, but was determined to make a life for herself.

Faida began to study English and Dutch. Language barriers fell. She built relationships with the other women in school through jokes repeated in three languages.

Through completing culinary school she was given a sense of completion and worth again. But she did not stop there.

Her newfound culinary skills have won her an assistant chef position in two establishments. With this coveted certification and a growing resume, Faida can provide for herself wherever her future takes her. It is her reason to persevere after having life stolen from her.

“I give you a 100 percent guarantee that through Not For Sale you will become happy again,” says Faida smiling.

After being rejected by the state, many trafficked men and women re-enter the sex trade or other forms of exploitation out of necessity. We work to give them alternate options and skills needed to succeed in a world free from slavery. 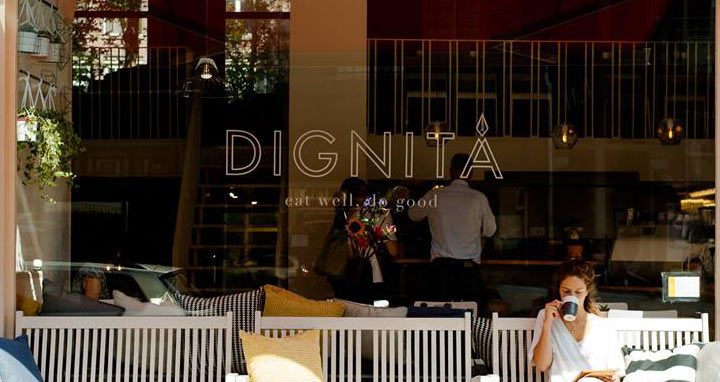